Connecting the Dots on Vector-borne Diseases 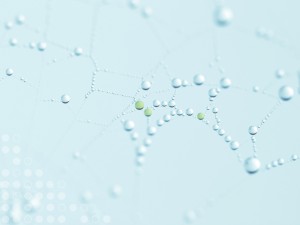 Vector-borne diseases continue to puzzle researchers and clinicians worldwide. Amongst the most known of these, Lyme Borreliosis is now considered an epidemic, as the number of infected people in many countries across the globe has exponentially risen. Not only do more people fall ill, but an increasing number remain so for years, despite being treated according to the respective national guidelines.

What many clinicians often fail to see is that Lyme disease is only one piece in a bigger picture. It is therefore important to look beyond Lyme disease to understand why patients do not get well. This vector-transmitted disease is often followed by a number of other infections, often referred to as co-infections. Studies have shown that a tick can transmit several infections in just one bite! So although the Lyme Borreliosis has been sufficiently treated, other, less known infections, such as Bartonellosis, Babesiosis, Ehrlichiosis, Mycoplasmosis and Ricketsiosis are often overlooked and can impede recovery. Diagnostic tools frequently fail to uncover these diseases, and many doctors are not familiar with the clinical picture of overlapping symptoms that these infections often give.

In addition to all the co-infections, which require specific diagnostics and treatment protocols, patients with vector-borne diseases who go undiagnosed and untreated for years may also develop chronic complaints and disabling conditions. These chronic complaints can be a result of imbalances in the body, for which more than just antibiotics are required to fully recover. It is not always easy for the clinician to adequately understand all the different complaints that a patient with vector-borne diseases presents. Which symptoms are related to the infections, and which are just a result of untreated infections that have destroyed vital organs or functions in the body? An over- or underactive immune system, neuropsychiatric symptoms, an imbalanced endocrine system, gastrointestinal complaints, insufficient detox pathways, methylation problems are all examples of what can happen, if the vector-borne illness is not treated timely and in a holistic manner. These conditions require extra support and specialized treatments.

It is also important to remember that Lyme disease is known as the great imitator and can mimic every disease process including psychiatric conditions, Chronic Fatigue Syndrome, fibromyalgia, autoimmune conditions like MS,  etc. Consequently, identifying a vector-borne disease can be tricky and patients often end up with differential diagnoses.

Accordingly, understanding vector-transmitted diseases requires the uncovering and linkage of many small pieces in a greater puzzle. It requires creativity, curiosity and knowledge to connect all the dots. It requires the ability to think outside the box. In particular, it’s a matter of asking the right questions, such as:

NorVect wants to look beyond the constraints of today’s reality. New knowledge and wisdom are created through dialogue, curiosity and being open-minded. As the field of medicine constantly discovers new truths and discards existing doctrines, NorVect believes it is important to look beyond established wisdom, and connect the dots we don’t yet see.