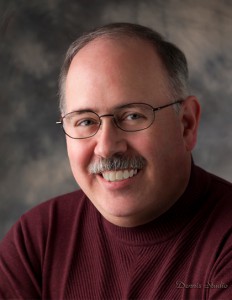 ROBERT MILLER, ND, is a Certified Traditional Naturopath specializing in the field of genetic-specific nutrition He earned his naturopathic degree from Trinity School of Natural Health and is board certified. In 1993, Bob Miller opened the Tree of Life practice and he has served as a traditional naturopath for 24 years. For the past several years, he has been engaged with genetic variants and related research. Working with many clients, he is astounded at how many peoples’ health concerns are related to the genetic issues.

Recognizing that there was not a nutritional supplement line on the market comprehensive enough to address all of the possible genetic variants, he began working with a national company, Professional Health Products, to formulate an Epigenetics line of products for use by health care providers. Currently he has formulated 55 nutritional products with more under development. His formulas are being recognized for their unique approach to supporting enzyme function and supporting the removal of environmental and naturally occurring toxins.

For the past several years, Bob has been creating a propriety software program, MethylGenetic Nutritional AnalysisTM, which compares genetic variants, labs and symptoms, to allow health professionals to create custom made nutritional protocols for their patients. The software has been received with great acclaim in the industry and has a growing following.

To support his growing genetic research efforts, Bob founded the NutriGenetic Research Institute in 2015 to research and publish reports on the relationship between genetic variants and labs and presenting symptoms.

His first research project on genetic variants in those with chronic Lyme Disease, was one of two winners for research by the ILADS international meeting held in Helsinki, Finland. His Phase II study of Lyme disease has been chosen to be presented at the American ILADS conference in November.